We are a team of professional coaches with over 70 years of combined coaching experience between us.

We strive to provide a fun learning environment that caters for all players at every level. We endeavour to develop players to the best of their ability; whether this is to play for fun, to compete for your club, or at tournament level. 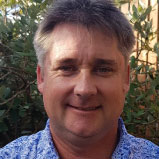 Hi I'm Geoff Beech, I've been playing or coaching tennis all my life. I started playing when I was 4yrs old and started coaching at 18. I played all the local and nation Tournaments, senior and junior rep competitions and caro bowl. I have been coaching tennis in the Remuera community for over 20 years. As a head coach, I endeavour to build the interest of tennis within the Remuera area and develop the clubs membership and coaching programs on offer. Below are the great group of coaches that make up my coaching team.

Jono has been with Dunholme for one year now, following on from his coaching degree at AUT in 2017. He coaches all age ranges for the club, as well as running the TennisFit classes. He has a strong interest in coaching and developing others, especially in regards to sport psychology. His coaching philosophy revolves around fun and enjoyment, with a strong emphasis on an athlete-centred coaching approach.

Tony is a qualified professional tennis, squash and racquetball coach. He has coached and trained coaches and players up to international level and has provided professional services at club, regional and national level including coach, player and game development across a variety of sports. Tony is also a sports goods specialist in the field of tennis, squash and racquetball having previously managed or owned Pro Shops. His interests include fishing and spearfishing (verging on obsession) and lots of other stuff! Tony enjoys getting alongside people to coach and mentor and is thankful to have the opportunity to be a part of the professional tennis coaching team at Remuera and Dunholme.

My name is Lochie and I have been in the game of tennis for over ten years. I grew up playing in Whangarei and moved down to Auckland during the end of my high school years.I have played all over New Zealand and many countries around the world. I am passionate about coaching tennis to all ages and abilities. I bring a dynamic, exciting, and fun energy on court that will help improve your game!

Has been Coaching Tennis for 15 years. Played for Remuera Rackets NZ since 2003-201 at 1st Mens, Caro Reserve and Carobowl. Coached Tennis overseas in USA at the Cliff Drysdale Tennis Academy in Vermont in 2011, Coached 3 Top NZ juniors for tournaments in Pune, India 2014, and coached for MatchPoint Tennis Academie in Mu?nster and Du?sseldorf 2015-2017.

I have just finished a degree in coaching and sport management at AUT and am very excited to get back into the coaching scene over the next year, parallel to my other entrepreneurial endeavours for my company. I come from a tennis family and have been immersed in the tennis scene all my life. It is a sport which I have fallen in love with and am dedicated to sharing this passion and endless amounts of experience I have learnt with the people I will be coaching.